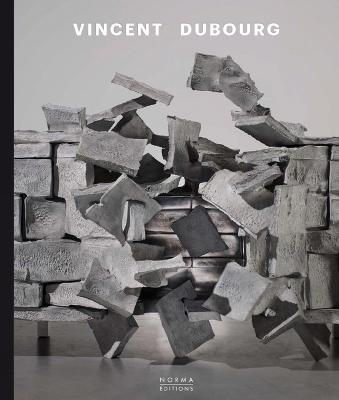 "Abandoned, forgotten form is reborn in the arms of an all-embracing nature, an envelope within which the origin of the human being, of a society gives us a sensibility, a presence of a fertility." - Vincent Dubourg A graduate of the Ecole nationale superieure des Arts Decoratifs in Paris, Vincent Dubourg is a designer and a plastic artist. In 2004, he caught the eye of Julien Lombrail, founder of the Carpenters Workshop Gallery, where he has been exhibiting since 2006. Present at major salons and shows - the Pavillon des Arts et du Design, Paris; Design Miami Basel - he has received many public commissions from institutions such as Galeries Lafayette, Swarovski, Vienna, the musee de la chasse et de la nature, Paris, and the Sketch restaurant in London, among others. Vincent says that he feeds himself on the capitals like Paris and New York, which he regularly visits, and digests them in his isolated studio in the Creuse department in France. There, he questions contemporary furniture through the prism of nature and the five elements, like a perfect control of metal. With him, buffet, table and chairs become hallucinatory objects shifting between sculpture and functional furniture. SELLING POINT: The first monograph dedicated to Vincent Dubourg, a raising star of contemporary design 150 colour images HB in slipcase A major exhibit will be devoted to him at the Carpenters Workshop Gallery in New York in late 2017. Solo Show, Carpenters Workshop Gallery, New York, November 2017.

A Preview for this title is currently not available.
More Books By Anne Bony
View All