Visual Culture and Mathematics in the Early Modern Period

During the early modern period there was a natural correspondence between how artists might benefit from the knowledge of mathematics and how mathematicians might explore, through advances in the study of visual culture, new areas of enquiry that would uncover the mysteries of the visible world. This volume makes its contribution by offering new interdisciplinary approaches that not only investigate perspective but also examine how mathematics enriched aesthetic theory and the human mind. The contributors explore the portrayal of mathematical activity and mathematicians as well as their ideas and instruments, how artists displayed their mathematical skills and the choices visual artists made between geometry and arithmetic, as well as Euclid's impact on drawing, artistic practice and theory. These chapters cover a broad geographical area that includes Italy, Switzerland, Germany, the Netherlands, France and England. The artists, philosophers and mathematicians whose work is discussed include Leon Battista Alberti, Nicholas Cusanus, Marsilio Ficino, Francesco di Giorgio, Leonardo da Vinci and Andrea del Verrocchio, as well as Michelangelo, Galileo, Piero della Francesca, Girard Desargues, William Hogarth, Albrecht Durer, Luca Pacioli and Raphael. 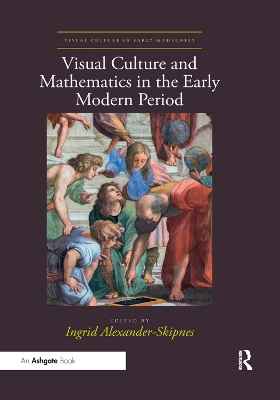