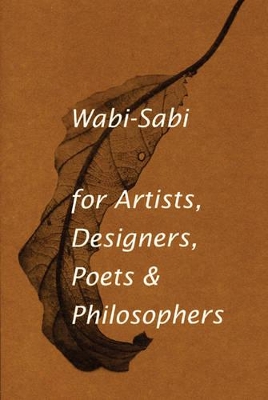 For Artists, Designers, Poets and Designers

This is an updated version of the enduring classic that first introduced the concept of "imperfect beauty" to the West. Text, images, and book design seamlessly meld into a wabi-sabi-like experience.

"Wabi-sabi is a beauty of things imperfect, impermanent, and incomplete . . .

. . . wabi-sabi could even be called the "Zen of things," as it exemplifies many of Zen's core spiritual-philosophical tenets . . .
Wabi-sabi is the most conspicuous and characteristic feature of what we think of as traditional Japanese beauty. It occupies roughly the same position in the Japanese pantheon of aesthetic values as do the Greek ideals of beauty and perfection in the West . . .
Wabi-sabi, in its purest, most idealized form, is precisely about the delicate traces, the faint evidence, at the borders of nothingness . . ."

A Preview for this title is currently not available.
More Books By Leonard Koren
View All