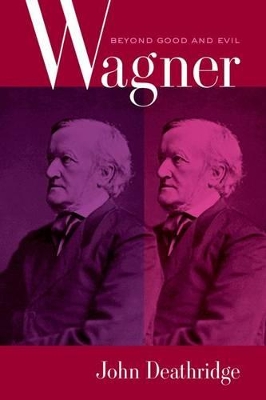 Wagner Beyond Good and Evil

Description - Wagner Beyond Good and Evil by John Deathridge

John Deathridge presents a different and critical view of Richard Wagner based on recent research that does not shy away from some unpalatable truths about this most controversial of composers in the canon of Western music. Deathridge writes authoritatively on what Wagner did, said, and wrote, drawing from abundant material already well known but also from less familiar sources, including hitherto seldom discussed letters and diaries and previously unpublished musical sketches. At the same time, Deathridge suggests that a true estimation of Wagner does not lie in an all too easy condemnation of his many provocative actions and ideas. Rather, it is to be found in the questions about the modern world and our place in it posed by the best of his stage works, among them Tristan und Isolde and Der Ring des Nibelungen. Controversy about Wagner is unlikely to go away, but rather than taking the line of least resistance by regarding him blandly as a "classic" in the Western art tradition, Deathridge suggests that we need to confront the debates that have raged about him and reach beyond them, toward a fresh and engaging assessment of what he ultimately achieved.

A Preview for this title is currently not available.
More Books By John Deathridge
View All