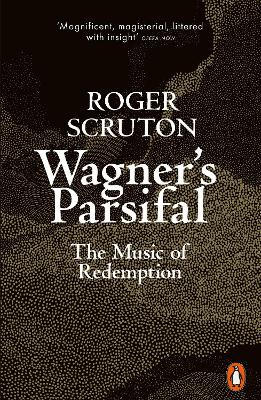 Wagner's Parsifal: The Music of Redemption

Description - Wagner's Parsifal: The Music of Redemption by Roger Scruton

Wagner's last music-drama tells the story of Parsifal, the 'pure fool, knowing through compassion', who has been called to rescue the Kingdom of the Grail from the sins that have polluted it. The Grail is a symbol of purity in a world of lust and power, but although Parsifal is the culmination of Wagner's life-long obsession with the religious frame of mind, the redemption sought by his characters is far from the Christian archetype. For Wagner, redemption occurs inthis life, when compassion prevails over enslavement, and purity replaces spiritual pollution. His music here ties together suffering and contrition, sin and forgiveness, downfall and redemption in an inextricable knot, healing the fractures and uniting the warring elements in human life in a way that is clear, convincing and uncanny. More than any other of his works, Parsifal expresses in music a depth of feeling for which we do not have words.

This short but penetrating book, by a writer who was uniquely both a leading philosopher and musicologist, shows us how Wagner achieves this profound work, explaining the story, its musical ideas, and their coming together into a sublime whole which gives us the musical equivalent of forgiveness and closure. There are few writers who can so enhance our understanding of one of the greatest works in western music.

Other Editions - Wagner's Parsifal: The Music of Redemption by Roger Scruton A Preview for this title is currently not available.
More Books By Roger Scruton
View All