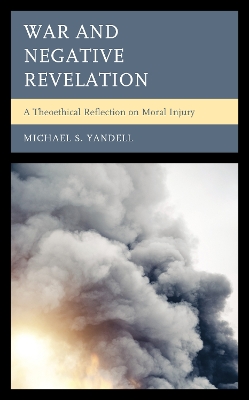 War and Negative Revelation: A Theoethical Reflection on Moral Injury

From the concrete experience of war, Michael S. Yandell constructs a phenomenology of "negative revelation" in which false or distorted claims of goodness and justice disintegrate, becoming meaningless. Yandell argues that the disintegration of meaning in war is itself a meaningful experience; "revealing" comes to signify the presence of goodness and justice through the profound experience of their absence. The heart of this work adds a layer of complexity or depth to the term "moral injury" as a negative revelation. Yandell emphasizes the context and logic of war itself beyond the actions of individuals, paying specific attention to the U.S. led Global War on Terror. Moral injury as a negative revelation is a disintegration of false normative claims of goodness and justice, as well as a disintegration of one's sense of self oriented toward those normative claims. This disintegration is prompted by the recognition of life in the midst of war's diminishment of life.