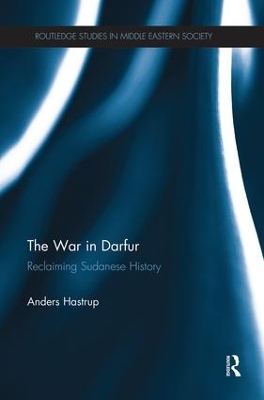 The War in Darfur

Description - The War in Darfur by Anders Hastrup

No other crisis in Africa has received as much attention in the West during the past 10 years as the war in Darfur, yet the underlying complexities of the war and the background to the crisis remains poorly understood by scholars, activists and aid workers.

This anthropological study of the war in Darfur explores the personal experience of war from the perspective of those refugees who have fled from it and puts forward potential solutions to the conflict. Drawing on ethnographic research carried out in the refugee camps of neighbouring eastern Chad,The War in Darfur: Reclaiming Sudanese History gives a voice to people who to date have had little opportunity to articulate their experiences.

Through facilitating the telling of the refugees' tale, examining what happened and how, this book will be an interesting contribution to the areas of refugee studies, anthropology and history.

Other Editions - The War in Darfur by Anders Hastrup A Preview for this title is currently not available.
More Books By Anders Hastrup
View All