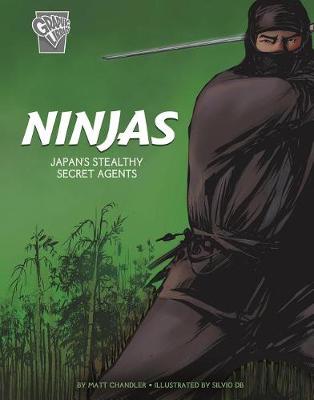 When thinking about Ninjas people often picture deadly killers wearing black clothing. However while ninjas could be fierce and skilled warriors they weren't just assassins who sneaked around in the dark. They more often worked as spies and secret agents who gathered intelligence and information on enemy clans. Dynamic illustrations and engaging tales of ninja warriors teach readers what it was like to be a stealthy secret agent in Medieval Japan.