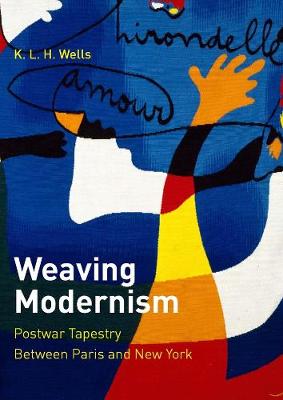 With a revelatory analysis of how the postwar French tapestry revival provided a medium for modern art and a model for its discourse and marketing on both sides of the Atlantic, Weaving Modernism presents a fascinating reexamination of modernism's relationship to decoration, reproducibility, and politics. Tapestry offered artists a historically grounded medium for distributing and marketing their work, helped expand the visibility and significance of abstraction at midcentury, and facilitated modernism's entry into the dominant paradigm of the postwar period. K. L. H. Wells situates tapestry as part of a broader "marketplace modernism" in which artists participated, conjuring a lived experience of visual culture in corporate lobbies, churches, and even airplanes, as well as in galleries and private homes. This extensively researched study features previously unpublished illustrations and little-known works by such major artists as Helen Frankenthaler, Henri Matisse, Robert Motherwell, Pablo Picasso, and Frank Stella.