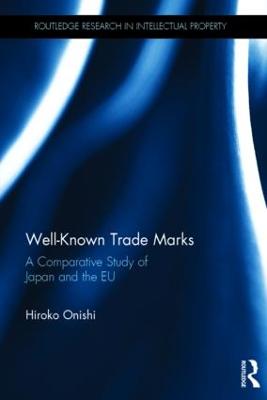 A Comparative Study of Japan and the EU

This book considers the effectiveness of well-known trade mark protection at an international level. It particularly considers EU trade mark law from Japanese perspectives, and provides a practical and critical overview of trade mark law in Japan, including the historical development of the law and the recent development on cases and policy.

The book includes detailed coverage of the Japanese Unfair Competition Prevention Act, and contains the first systematic analysis of Japanese jurisprudence and legislative amendments of law in relation to well-known trade marks and unfair competition. The book goes on to comparatively analyse Japanese trade mark law alongside that of the European Community Trade Mark system. The book critically considers the difficulties in comprehensively defining a 'well-known trade mark' in the relevant international trade mark instruments. In breaking down the traditional definition of the 'well-known trade mark', the book works to address existing theoretical ambiguities in the application of trade mark law. 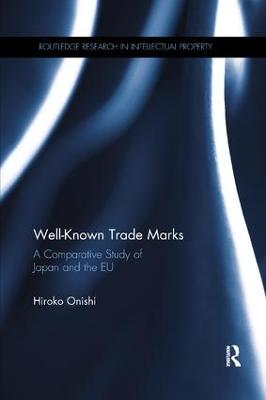 A Preview for this title is currently not available.
More Books By Hiroko Onishi
View All