When He Was Wicked

Description - When He Was Wicked by Julia Quinn

From #1 New York Times bestselling author Julia Quinn comes the story of Francesca Bridgerton, in the sixth of her beloved Regency-set novels featuring the charming, powerful Bridgerton family, now a series created by Shondaland for Netflix.

In every life there is a turning point. A moment so tremendous, so sharp and breathtaking, that one knows one's life will never be the same. For Michael Stirling, London's most infamous rake, that moment came the first time he laid eyes on Francesca Bridgerton.

After a lifetime of chasing women, of smiling slyly as they chased him, of allowing himself to be caught but never permitting his heart to become engaged, he took one look at Francesca Bridgerton and fell so fast and hard into love it was a wonder he managed to remain standing. Unfortunately for Michael, however, Francesca's surname was to remain Bridgerton for only a mere thirty-six hours longer-the occasion of their meeting was, lamentably, a supper celebrating her imminent wedding to his cousin.

But that was then . . . Now Michael is the earl and Francesca is free, but still she thinks of him as nothing other than her dear friend and confidant. Michael dares not speak to her of his love . . . until one dangerous night, when she steps innocently into his arms, and passion proves stronger than even the most wicked of secrets . . .

Buy When He Was Wicked by Julia Quinn from Australia's Online Independent Bookstore, BooksDirect.

Other Editions - When He Was Wicked by Julia Quinn 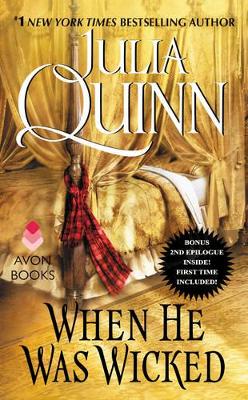 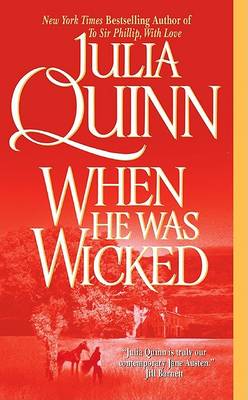 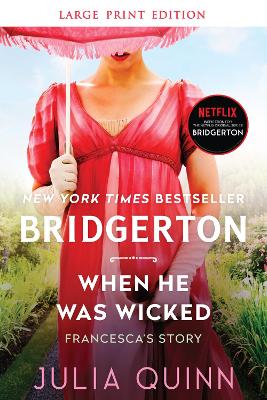 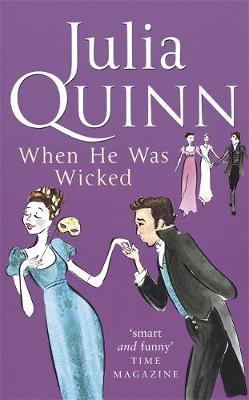 View all editions of When He Was Wicked by Julia Quinn
A Preview for this title is currently not available.
More Books By Julia Quinn
View All