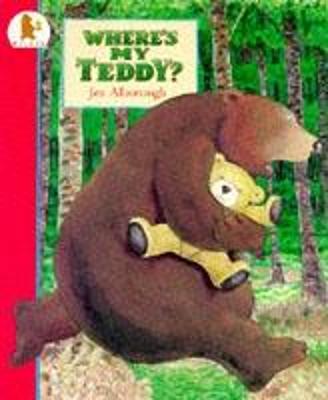 This is a large edition of the story about Eddy and his teddy, Freddy. Eddy has lost Freddy in the wood and goes to look for him. The wood is dark and horrible and soon Eddy gets scared. Then Eddy meets a giant teddy bear. Out of the darkness appears a gigantic bear - clutching Freddy. "A bear!" yells Eddy. "A boy!" yells the bear. They both rush off as fast as they can in opposite directions, until they are back in their respective beds once more - each with his own teddy. Jex Alborough's other books include "Cupboard Bear", "Willoughby Wallaby", "Beaky", "Esther's Trunk", "Cuddly Dudley" and "It's the Bear!".

Other Editions - Where's My Teddy? (Big Book) by Jez Alborough