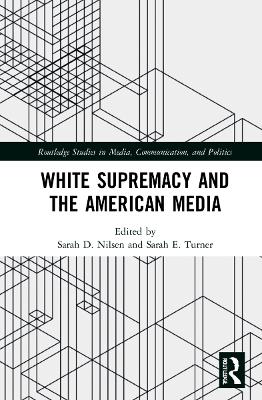 White Supremacy and the American Media

This book examines the ways in which the media, including film, television, social media, and gaming, has constructed and sustained a narrative of white supremacy that has entered mainstream American discourse

The book is relevant and timely, in the aftermath of Trump's 2016 election, and the 2021 United States Capitol attack

It engages with well known and popular Hollywood movies and American TV shows, such as The Best of Enemies, BlacKkKlansman, Knives Out, Green Book, American Sniper and The Handmaid's Tale

With chapters by today's preeminent critical race scholars, the book looks in particular at the ways media institutions have circulated white supremacist ideology across a wide range of platforms and texts that have had significant impact on shaping the global North's current polarized and racialized social and political landscape

The book presents readers with the means to examine and analyse the persistence of these narratives within our racial discourse, thus offering the necessary knowledge to challenge and transform these racially divisive and destructive narratives

The book will be of interest not only to scholars working in critical race studies and popular culture in the United States, but to those working in the fields of Film and Television Studies, Sociology, Geography, Communication and Media Studies, Cultural Studies, American Studies, Popular Culture, and Media Studies