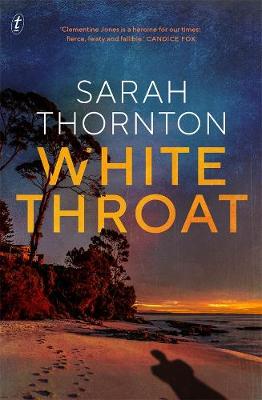 Savvy ex-lawyer Clementine Jones is back in this edge-of-your-seat crime thriller with an environmental twist.

Looking out over an ebb tide from the back verandah was like watching God paint stripes...

Disgraced former lawyer Clementine Jones is on the shores of paradise-Queensland's Great Sandy Straits-trying to outrun her past.

Bored with her house-sitting gig, she becomes a reluctant recruit to the local environmental group, campaigning to save an endangered turtle as developers close in. Then a body is found at the base of a quarry, and Clem's world is turned upside down.

The police say suicide. Clem's convinced it was murder. She's also knows she's the only one interested in tracking down the killer. Well, the only one apart from her friend Torrens, ex-con and reformed standover man. And he's got his own fight on his hands.

A Preview for this title is currently not available.
More Books By Sarah Thornton
View All