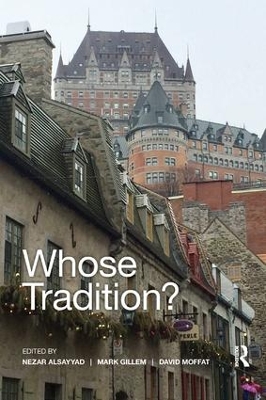 Whose Tradition?: Discourses on the Built Environment

Description - Whose Tradition?: Discourses on the Built Environment by Nezar AlSayyad

In seeking to answer the question Whose Tradition? this book pursues four themes: Place: Whose Nation, Whose City?; People: Whose Indigeneity?; Colonialism: Whose Architecture?; and Time: Whose Identity?
Following Nezar AlSayyad's Prologue, contributors addressing the first theme take examples from Indonesia, Myanmar and Brazil to explore how traditions rooted in a particular place can be claimed by various groups whose purposes may be at odds with one another. With examples from Hong Kong, a Santal village in eastern India and the city of Kuala Lumpur, contributors investigate the concept of indigeneity, the second theme, and its changing meaning in an increasingly globalized milieu from colonial to post-colonial times. Contributors to the third theme examine the lingering effects of colonial rule in altering present-day narratives of architectural identity, taking examples from Guam, Brazil, and Portugal and its former colony, Mozambique. Addressing the final theme, contributors take examples from Africa and the United States to demonstrate how traditions construct identities, and in turn how identities inform the interpretation and manipulation of tradition within contexts of socio-cultural transformation in which such identities are in flux and even threatened. The book ends with two reflective pieces: the first drawing a comparison between a sense of 'home' and a sense of tradition; the second emphasizing how the very concept of a tradition is an attempt to pin down something that is inherently in flux.

Other Editions - Whose Tradition?: Discourses on the Built Environment by Nezar AlSayyad 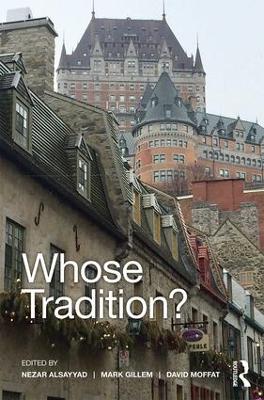 A Preview for this title is currently not available.
More Books By Nezar AlSayyad
View All