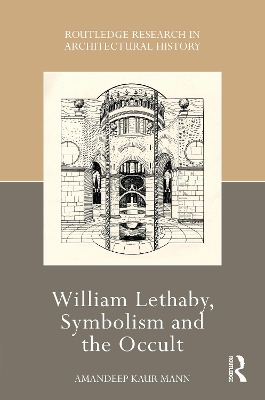 William Lethaby, Symbolism and the Occult

This book delves into the life and work of architect William Richard Lethaby (1857-1931) and his relationship with the occult and alchemy, in particular. Using detailed analysis of Lethaby's drawings and architecture, the research uncovers Lethaby's familiarity with occult concepts and ideology during the spiritual revolution of the nineteenth century.

Throughout this time, countless individuals, particularly members of the avant-garde, rejected more traditional religious pathways and sought answers through experimental and mystical alternatives. William Lethaby, Symbolism and the Occult reveals how the architect was profoundly influenced by the Zeitgeist, which was saturated with references to spiritualism, mysticism and the occult, and explores the impact of occultism on his contemporaries and the wider Arts and Crafts Movement.

This book is written for upper-level students, researchers and academics interested in architectural history, William Lethaby and nineteenth century culture and society.