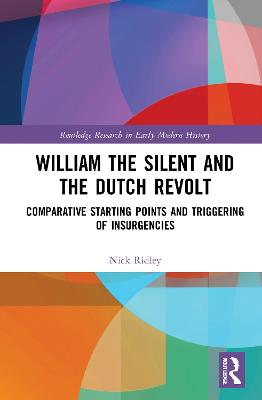 William the Silent and the Dutch Revolt: Comparative Starting Points and Triggering of Insurgencies

Description - William the Silent and the Dutch Revolt: Comparative Starting Points and Triggering of Insurgencies by Nick Ridley

William the Silent and the Dutch Revolt examines the first stages of the Dutch struggle against Spanish rule during the late fifteenth and sixteenth centuries. The book analyses the causes of growing discontent in the Netherlands and the various stages of the revolt, focusing on the key tipping points where discontent and violent upheaval escalated to become a national struggle for independence. The book also provides comparative analyses of insurgencies in the modern era and examines how popular discontent throughout history has often developed into struggles for full independence. The book is a key resource for scholars and students of early modern European history, as well as those interested in the history of revolts.

A Preview for this title is currently not available.
More Books By Nick Ridley
View All