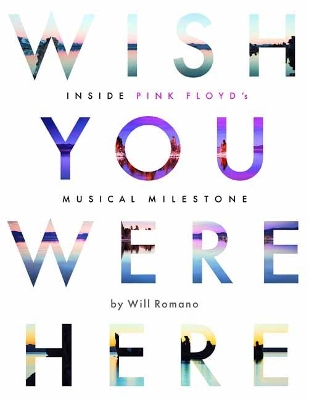 Wish You Were Here: Inside Pink Floyd's Musical Milestone

Description - Wish You Were Here: Inside Pink Floyd's Musical Milestone by Will Romano

The mid-'70s were a time of reckoning. It was also an era of paradoxes of record making and record breaking of sold-out shows and in the minds of some sell-out artists. Critics who once exalted the shamanic characteristics of rock stars launched full-frontal assaults on mainstream music icons and their tendencies toward overindulgent artistic visions. Amid this confusion psychedelic and progressive rock pioneers Pink Floyd unlikely messengers in uncertain times unleashed their 1975 progressive rock milestone EWish You Were HereE.THRefusing to buckle under pressure Floyd looked inward to produce EWish You Were HereE a conceptual self-referential album that spoke of spiritual depravation mental absence and industry corruption while perhaps inadvertently reflecting the general madness and societal malaise of the mid-'70s. Created in the spirit of camaraderie EWish You Were HereE waged war against the system better known in Floydlandia as The Machine while paying tribute to a fallen hero and victim of the industry a the creative force fundamental to the band's existence Syd Barrett.THAs our world was racked by unsustainable overseas military conflicts governmental scandals political assassination attempts and a near-total erosion of the public trust Pink Floyd emerged victorious responding to this external dissonance with their ultimate band statement. What a strange complex moment in time to have generated a classic. After 1975 Pink Floyd would never be the same a and neither would we.

Buy Wish You Were Here: Inside Pink Floyd's Musical Milestone by Will Romano from Australia's Online Independent Bookstore, BooksDirect.

A Preview for this title is currently not available.
More Books By Will Romano
View All