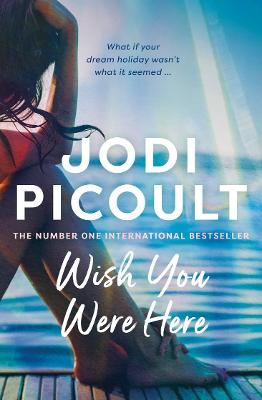 Wish You Were Here

Description - Wish You Were Here by Jodi Picoult

Diana O'Toole is perfectly on track. She will be married by thirty, done having kids by thirty-five, and move out to the New York City suburbs, all while climbing the professional ladder in the cutthroat art auction world. She's not engaged just yet, but she knows her boyfriend Finn, a surgical resident, is about to propose - days before her thirtieth birthday. Right on time.

But now she is stranded, alone on what was planned to be a romantic idyll with Finn. Unfortunately, Finn is trapped thousands of miles away, and Diana is on one of the world's most beautiful islands with no food, no luggage, and no place to stay, forced to test her personal limits to survive.

Struggling to find her feet, Diana gradually connects with a local family when a teenager with a secret opens up to her. As Diana helps her fight her demons she learns more about herself, and about the islands of Galapagos, where Darwin developed his theory of evolution. The dramatic and sometimes dangerous terrain reflects Diana's own experiences, her new relationships and growing awareness that she too is evolving into someone quite different.

A near-death experience brings Diana abruptly back to familiar city surroundings, where she tries to pick up the threads of her old life. Has she changed or have the people around her? Diana is no longer prepared to be just a follower, at work or in her relationships. She breaks down years of estrangement with her mother, takes the initiative in her career, and looks at Finn through new eyes.

Jodi Picoult's matchless ability to portray the full gamut of human emotions is once again on display in Wish You Were Here, along with her characteristically meticulous research into today's burning issues.

Other Editions - Wish You Were Here by Jodi Picoult 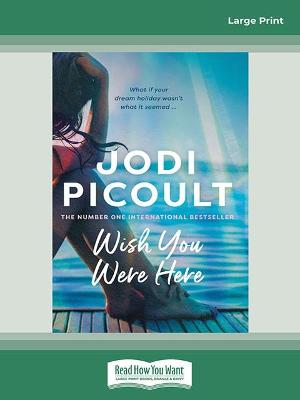 A Preview for this title is currently not available.
More Books By Jodi Picoult
View All