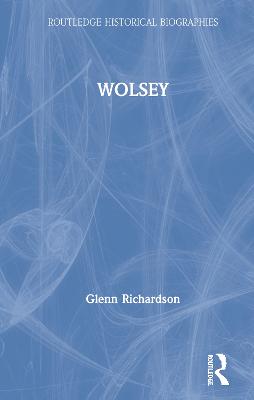 Through a thematic and broadly chronological approach, Wolsey offers a fascinating insight into the life and legacy of a man who was responsible for building Henry VIII's reputation as England's most impressive king.

The book reviews Thomas Wolsey's record as the realm's leading Churchman, Lord Chancellor and political patron and thereby demonstrates how and why Wolsey became central to Henry's government for 20 years. By analysing Wolsey's role in key events such as the Field of Cloth of Gold, the study highlights how significant Wolsey was in directing and conducting England's foreign relations as the king's most trusted advisor. Based on up-to-date research, Richardson not only newly appraises the circumstances of Wolsey's fall but also challenges accusations of treason made against him. This study provides a new appreciation of Wolsey's importance as a cultural and artistic patron, as well as a royal administrator and politician; roles which helped to bring both Henry VIII and England to the forefront of foreign relations in the early-sixteenth century.

Presenting Wolsey in his contemporary and historiographical contexts more fully than any currently available study, Wolsey is perfect for students of Tudor England.

Other Editions - WOLSEY by Glenn Richardson 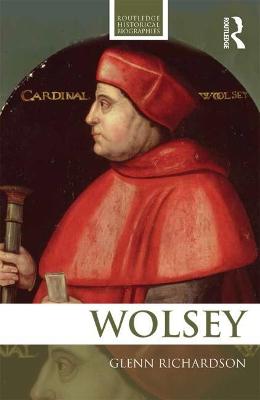 A Preview for this title is currently not available.
More Books By Glenn Richardson
View All