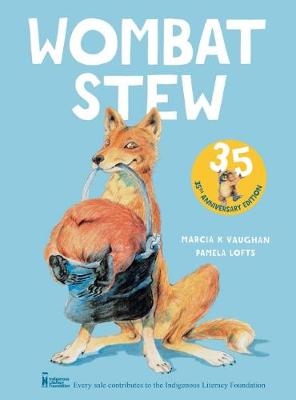 One day, on the banks of a billabong, a very clever dingo caught a wombat... and decided to make... Wombat stew, Wombat stew, Gooey, brewy, Yummy, chewy, Wombat stew! In this classic Australian picture book, a dingo catches a wombat and wants to cook him in a stew. But the other bush animals have a plan to save their friend. They trick the dingo into using mud, feathers, flies, bugs and gumnuts in his stew, and the result is something the dingo will never forget!