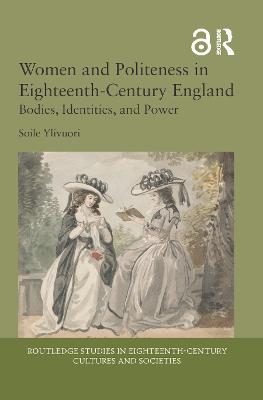 Women and Politeness in Eighteenth-Century England: Bodies, Identities, and Power

This first in-depth study of women's politeness examines the complex relationship individuals had with the discursive ideals of polite femininity. Contextualising women's autobiographical writings (journals and letters) with a wide range of eighteenth-century printed didactic material, it analyses the tensions between politeness discourse which aimed to regulate acceptable feminine identities and women's possibilities to resist this disciplinary regime. Ylivuori focuses on the central role the female body played as both the means through which individuals actively fashioned themselves as polite and feminine, and the supposedly truthful expression of their inner status of polite femininity.