Description - Women Photographers of the Pacific World, 1857-1930 by Anne Maxwell

This is the first book to examine the lives and works of women photographers active in the settler colonial nations of the Pacific Rim from 1857-1930. The few histories of women's photography that have been written so far have been confined to developments in Britain, France, Germany and the USA, and have overwhelmingly focused on artistic photography, ignoring the whole area of commercial photography. Taking 12 case studies as representative of the many women who entered the profession between 1857 and 1930, this book deals with both early 20th-century artistic and ethnographic photography in the region and 19th-century commercial photography. In addition to asking how female photographers coped with the pressure of being women in a male-dominated profession, what was new about the techniques and methods they deployed, and the kinds of artistic visions they brought to bear on their subjects, it breaks new ground by asking how they responded as photographers to the on-going decimation and displacement of indigenous peoples as white settlement and capitalism became ever more entrenched across the new world territories of the Pacific Rim, and photography more influenced by the international art movements of Pictorialism and Modernism.

Other Editions - Women Photographers of the Pacific World, 1857-1930 by Anne Maxwell 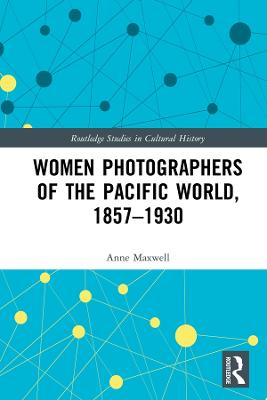 A Preview for this title is currently not available.
More Books By Anne Maxwell
View All