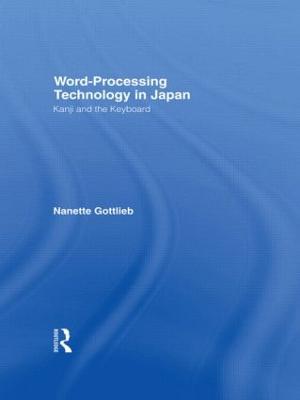 Kanji and the Keyboard

This book deals with a topical issue relating to the use of script in Japan, one which has the potential to reshape future script policy through the mediation of both orthographic practices and social relations. It tells the story of the impact of one of the most significant technological breakthroughs in Japan in the latter part of this century: the invention and rapid adoption of word-processing technology capable of handling Japanese script in a society where the nature of that script had previously mandated handwriting as the norm. The ramifications of this technology in both the business and personal spheres have been wide-ranging, extending from changes to business practices, work profiles, orthography and social attitudes to writing through to Japan's ability to construct a substantial presence on the Internet in recent years.

A Preview for this title is currently not available.
More Books By Nanette Gottlieb
View All