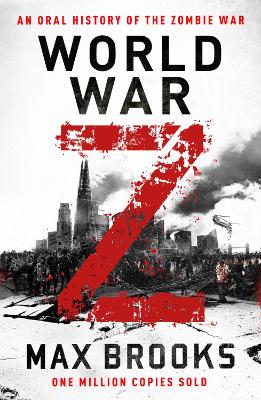 World War Z: An Oral History of the Zombie War

The cult novel that propelled the zombie genre into mainstream pop culture, now a blockbuster film starring and directed by Brad Pitt. It began with rumours from China about another pandemic. Then the cases started to multiply and what had looked like the stirrings of a criminal underclass, even the beginnings of a revolution, soon revealed itself to be much, much worse. Faced with a future of mindless, man-eating horror humanity was forced to accept the logic of world government and face events that tested our sanity and our sense of reality. Based on extensive interviews with survivors and key players in the 10-year fight-back against the horde, World War Z brings the very finest traditions of American journalism to bear on what is surely the most incredible story in the history of civilisation. AUTHOR: Max Brooks is the bestselling author the prescient Zombie Survival Guide: Complete Protection from the Living Dead as well as the graphic novel Recorded Attacks and the blockbuster film starring and directed by Brad Pitt World War Z. He has received hundreds of awards and honorary degrees from around the world for his hugely successful zombie franchise.

Other Editions - World War Z: An Oral History of the Zombie War by Max Brooks 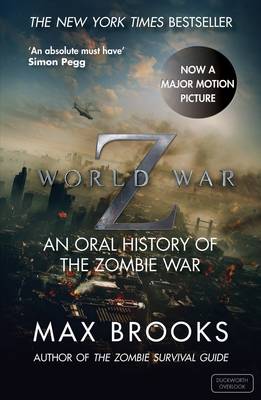 View all editions of World War Z: An Oral History of the Zombie War by Max Brooks
A Preview for this title is currently not available.
Customers Also Bought