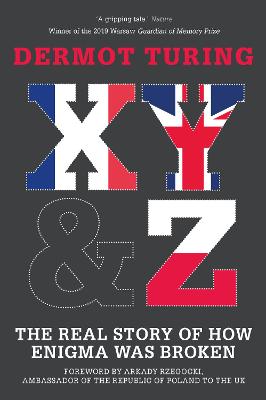 X, Y & Z: The Real Story of How Enigma Was Broken

Description - X, Y & Z: The Real Story of How Enigma Was Broken by Dermot Turing

The untold story of the events which drove to the Enigma code-breaking, and the men who made it possible. Everyone 'knows' that the Enigma was broken at Bletchley Park, but what led up to that, and what became of the Polish mathematicians who laid the basis for the code-breaking, is shrouded in myth and mystery. X, Y & Z is the story of how secret French, Polish and British intelligence services came together to unravel the Enigma machine during the Second World War. It is also the story of how the code-breakers from Poland continued their work in Vichy France and, while being chased across all Europe, protected the greatest secret of the war, at the cost of their lives. AUTHOR: Dermot Turing is the nephew of Alan Turing, and an expert in Second World War code-breaking, as well as a member of the Bletchley Park's Historical Advisory Group and of the Organising committee of HistoCript. He is also the author of the acclaimed Prof: Alan Turing Decoded (2015). He lives in St Albans. 30 b/w illustrations

Other Editions - X, Y & Z: The Real Story of How Enigma Was Broken by Dermot Turing 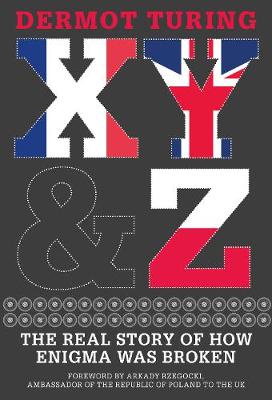 A Preview for this title is currently not available.
More Books By Dermot Turing
View All