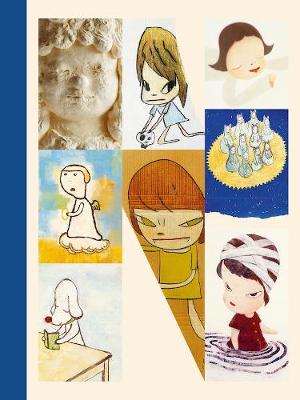 Follow the trajectory of Yoshitomo Nara, one of the most prominent contemporary artists, whose work has grown in complexity and nuance over the past three decades. Thirty years after Yoshitomo Nara rocketed to fame with his Neo-Pop paintings of sinister childlike figures, the artist has deepened his practice. Along with his most recognisable pieces, such as his ceramic figurines and ubiquitous portraits of wide-eyed children, readers will discover his less-known aspects of his works including outdoor sculpture, illustrations on paper, and early versions of his figures. Nara's work is influenced by a passion for punk and rock music, popular culture, manga, and growing up in post-World War II Japan. This special edition book includes a slipcase with 13 booklets featuring the full range of Nara's work. It also includes an LP vinyl record with songs selected by the artist on side A and original music and covers by Yo La Tengo, the American indie rock band, on side B. AUTHORS: Mika Yoshitake is a Los Angeles-based independent curator and former curator at the Hirshhorn Museum and Sculpture Garden in Washington, DC. She has curated exhibitions and is the author of Yayoi Kusama: Infinity Mirrors (Prestel). Michael Govan is the CEO and Wallis Annenberg Director at the Los Angeles County Museum of Art. Prior to his work at LACMA, Govan served as the Deputy Director of the Guggenheim Museum as well as Director of Dia Art Foundation, where he founded Dia:Beacon. 239 colour illustrations

A Preview for this title is currently not available.
More Books By Mika Yoshitake
View All