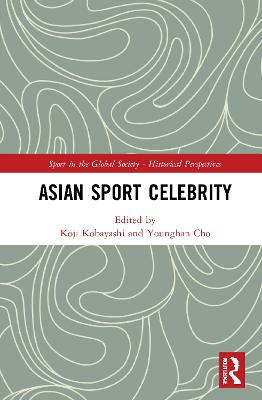 What does the 'Asian' mean in Asian sport celebrity? With a collection of nine essays on Asian sport celebrities variously associated with Australia, Belgium, China, Japan, New Zealand, North Korea, Philippines, South Korea, Taiwan and the United States, this book offers a comprehensive understanding of the multi-faceted construction of what it means to be Asian from the perspectives of race, ethnicity and regionality. Sport celebrity, as a modern invention, is disseminated from the West to the rest of the globe including Asia, and so are its functions of symbolizing particular values, desires and personalities idolized and idealized within their respective societies. While Asian athletes were historically depicted as weak, fragile and biologically 'unsuited' to modern sport, the emergence of more than a few world-class Asian athletes in the twenty-first century demands an in-depth inquiry into the relationship between sport celebrity and the representation of Asia.

This book is therefore essential for those interested in a range of socio-cultural issues-including globalization, transnationalism, migration, modernity, (post-)coloniality, gender politics, spectacle, citizenship, Orientalism, and nationalism-within and beyond Asia.

It was originally published as a special issue of The International Journal of the History of Sport.