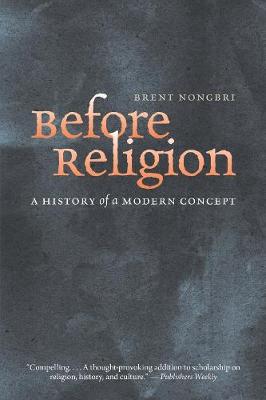 A History of a Modern Concept

Description - Before Religion by Brent Nongbri

For much of the past two centuries, religion has been understood as a universal phenomenon, a part of the "natural" human experience that is essentially the same across cultures and throughout history. Individual religions may vary through time and geographically, but there is an element, religion, that is to be found in all cultures during all time periods. Taking apart this assumption, Brent Nongbri shows that the idea of religion as a sphere of life distinct from politics, economics, or science is a recent development in European history-a development that has been projected outward in space and backward in time with the result that religion now appears to be a natural and necessary part of our world.

Examining a wide array of ancient writings, Nongbri demonstrates that in antiquity, there was no conceptual arena that could be designated as "religious" as opposed to "secular." Surveying representative episodes from a two-thousand-year period, while constantly attending to the concrete social, political, and colonial contexts that shaped relevant works of philosophers, legal theorists, missionaries, and others, Nongbri offers a concise and readable account of the emergence of the concept of religion.

Other Editions - Before Religion by Brent Nongbri 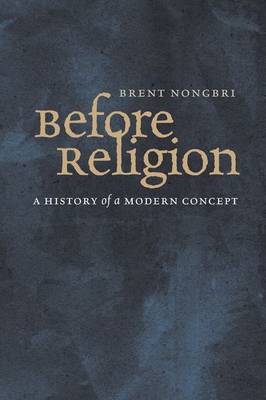 A Preview for this title is currently not available.
More Books By Brent Nongbri
View All