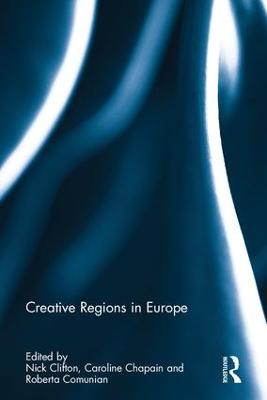 Creative and cultural industries, broadly defined, are now considered by many policy makers across Europe at the heart of their national innovation and economic development agenda. Similarly, many European cities and regions have adopted policies to support and develop these industries and their local support infrastructures. However this policy-making agenda implicitly incorporates (and indeed often conflates) elements of cultural and creative industries, the creative class and so on, which are typically employed without due consideration of context. Thus a better understanding is required. To this end, this book features eight research papers, split evenly with regard to geographical focus between the UK and continental Europe (the latter covering Spain, Germany, France, Luxemburg and Belgium individually and in combination). There is also a similar division in terms of those focusing primarily on the policy level (the chapters of Clifton and Macaulay, Mould and Comunian, Pareja-Eastaway and Pradel i Miquel, Perrin) and those of the individual creative actor (the chapters of Alfken et al, Bennett et al, Wedemeier and Brown). This book was previously published as a special issue of European Planning Studies.

Other Editions - Creative Regions in Europe by Nick Clifton

A Preview for this title is currently not available.
More Books By Nick Clifton
View All