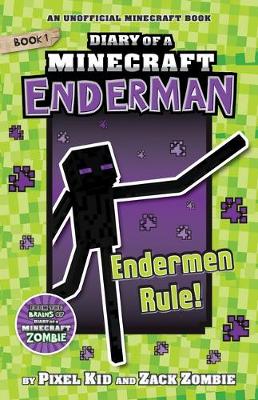 Do you really know what life is like as a Minecraft Enderman? Sure, they're creepy and tall and make weird sounds, but Endermen aren't as scary as everyone thinks.Meet Elliot, an eleven-year-old Enderman who has to live by the Enderman Rules. There are rules about everything, from pearls to teleporting to The End. But the thing is it's hard to live by the Enderman Rules and Elliot isn't particularly good at it.When a practical joke goes wrong and a giant Spider kidnaps half his class, Elliot knows that it's his fault. Will Elliot be able to stop the giant Spider in time and save his classmates from being Spider dinner? Can he ever redeem himself? Will he ever stop stealing blocks? (Probably not.)

Girl Called Genghis Khan, A: How Maria Toorpakai Wazir Pretended to Be a Boy, Defied the Taliban, and Became a World Famous Squash Player
Michelle Lord
Hardback , Sep '19
20% OFF!
RRP: $24.99 $19.99