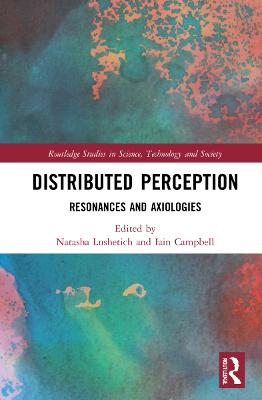 Who, what, and where perceives, and how? What are the sedimentations, inscriptions, and axiologies of animal, human, and machinic perception/s? What are their perceptibilities? Deleuze uses the word 'visibilities' to indicate that visual perception isn't just a physiological given but cues operations productive of new assemblages. Perceptibilities are, by analogy, spatio-temporal, geolocative, kinaesthetic, audio-visual, and haptic operations that are always already memory. In the case of strong inscriptions, they are also epigenetic events.

In physics, resonance is the tendency of a system to vibrate with increasing amplitudes at certain frequencies of excitation. In cybernetics and in theories of technology, it refers to systems' feedback. In Native science, resonance denotes the axiology of positions and events. It's a form of multi-species perception that emphasises emergent directionality and protean mnemonics.

This transdisciplinary volume brings together key theorists and practitioners from media theory, Native science, bio-media and sound art, philosophy, art his- tory, and design informatics to examine: a) the becoming-technique of animal- human-machinic perceptibilities; and b) micro-perceptions that lie beneath the threshold of known perceptions yet create energetic vibrations. The volume shows distributed perception to be a key notion in addressing the emergence and peristence of plant, animal, human, and machine relations.

A Preview for this title is currently not available.
More Books By Natasha Lushetich
View All