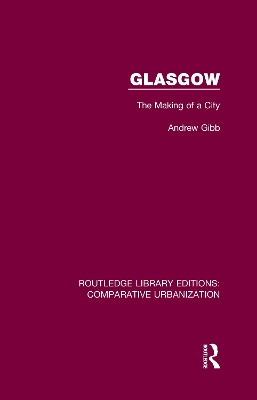 Glasgow: The Making of a City

Description - Glasgow: The Making of a City by Andrew Gibb

Originally published in 1983, this book sets the phases and elements of Glasgow's townscape evolution in their historical framework, from the medieval period when Glasgow was a small but important burgh to the growth of the town thanks to its command of the transatlantic tobacco trade in the 18th Century. Examining the solid growth which came with the textile phase of the industrial revolution and subsequent pioneering achievements in ship-building and marine engineering, the book also charts the subsequent collapse of the industrial base and attempts at urban renewal on a massive scale.

Buy Glasgow: The Making of a City by Andrew Gibb from Australia's Online Independent Bookstore, BooksDirect.

A Preview for this title is currently not available.
More Books By Andrew Gibb
View All