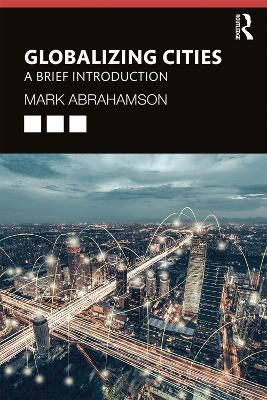 Globalization has been built upon, and maintained by, major urban centers. As the interconnections among these cities grow, more cities become involved as important global nodes, and globalization has an extremely strong influence upon the forms and functions of cities everywhere. This new textbook examines modern cities worldwide through two lenses: as the major nodes in the global economy, and as primary propagators of cultural ideas across the world.

Exploring the ramifications of the continuing penetration of global forces into smaller urban areas, this book clearly distinguishes economic, cultural, and political processes to demonstrate how global attachments are shaping many of the basic features of modern cities. Specifically, the book examines the way cities accommodate huge global flows of people, including migrants, tourists, and the managers of multi-national firms, and the effects this has upon the cultural, economic, and political forces associated with globalization in cities. The main features of the book include:

Written in a clear and accessible style, Globalizing Cities: A Brief Introduction will appeal to advanced undergraduate and postgraduate students in both urban and globalization courses within sociology, geography, and urban studies.

Other Editions - Globalizing Cities: A Brief Introduction by Mark Abrahamson A Preview for this title is currently not available.
More Books By Mark Abrahamson
View All