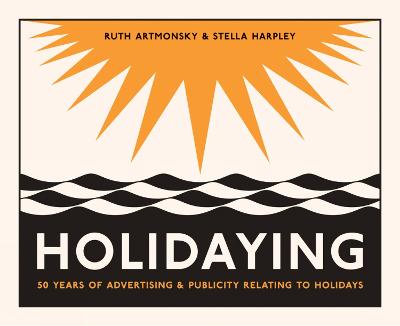 Holidaying: 50 Years of Advertising and Publicity Relating to Holidays

Description - Holidaying: 50 Years of Advertising and Publicity Relating to Holidays by Ruth Artmonsky

Holidaying was something only the wealthy could afford, well into the 19th century, visiting spas or taking the Grand Tour. With the coming of the railways whole factories, streets, even towns began to down tools for an annual break; with entrepreneurs like Thomas Cook, some even venturing across the Channel. The arrival of the combustion engine further democratised travel enabling some to holiday independently, others in organised charabancs and coach parties. By the end of WWII with the coming of cheap flights Marbella and Majorca began to replace the British resorts. Providing holidays became a highly competitive business between resorts and tour operators and this necessitated advertising. Holidaying is an account of this, richly illustrated to show the changes in fads and fashions when holidaying reached a mass market. 139 colour images

A Preview for this title is currently not available.
More Books By Ruth Artmonsky
View All