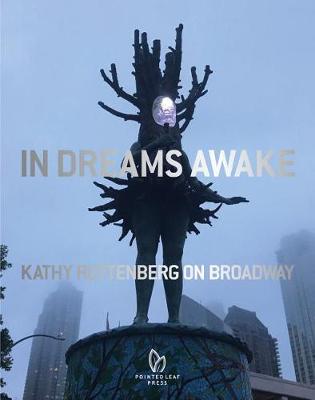 On April 27, 2018, six large-scale sculptures were unveiled along New York's historic Broadway - from across from Lincoln Center, at 64th Street and extending up to 157th Street. The artist, Kathy Ruttenberg, most known for her fantastical mix of human, nature, and plant forms used in ceramics, watercolour, and sculpture, spent months planning, designing, and executing the works. From an armless mouse atop a squash-like pedestal, to an upside-down female Atlas, a woman caught in a contemplative moment while inside a snail's shell, and a deer-man and his tree-lady partner who walk in an embrace these fairytale-like creatures are juxtaposed against New York's chaotic urban landscape. In Dreams Awake also the name of the installation tracks Ruttenberg's progress is tracked from concept to the final results. Sponsored by the Broadway Mall Association, the installation will be up through March 2019. AUTHOR: Artist Kathy Ruttenberg has built a career spanning three decades. Her work, which has garnered both critical acclaim and awards, has been exhibited and collected worldwide - from the Tisch Children's Zoo in New York's Central Park to the Mamiraua Sustainable Development Reserve in Amazonas, Brazil. 120 colour photographs

A Preview for this title is currently not available.
More Books By Kathy Ruttenberg
View All