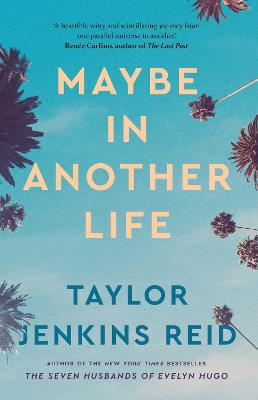 Maybe In Another Life

Description - Maybe In Another Life by Taylor Jenkins Reid

One choice. Two different paths - with stunningly different results. From the bestselling author of The Seven Husbands of Evelyn Hugo.

At the age of twenty-nine, Hannah Martin still has no idea what she wants to do with her life. She has lived in six different cities and held countless meaningless jobs since graduating college. On the heels of leaving yet another city, Hannah moves back to her hometown of Los Angeles and takes up residence in her best friend Gabby's guestroom. Shortly after getting back to town, Hannah goes out to a bar one night with her friend Gabby and meets up with her high school boyfriend, Ethan.

In concurrent storylines, Hannah lives out the effects of each decision. Quickly, these parallel universes develop into radically different stories with large-scale consequences for Hannah, as well as the people around her. As the two alternate realities run their course, Maybe in Another Life raises questions about fate and love: Is anything meant to be? How much in our life is determined by chance? And perhaps, most compellingly: Is there such a thing as a soul mate?

Hannah believes there is. And, in both worlds, she believes she's found him.

'Entertaining and unpredictable; Reid makes a compelling argument for happiness in every life.' Kirkus (starred review)

Other Editions - Maybe In Another Life by Taylor Jenkins Reid 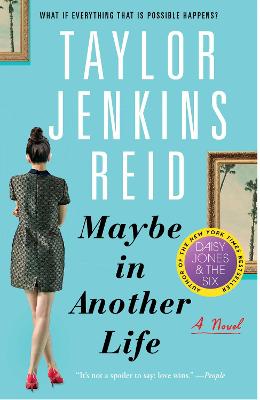