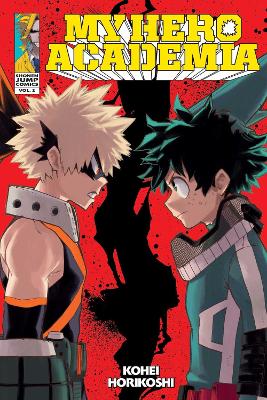 Getting into U.A. High School was difficult enough, but it was only the beginning of Midoriya's long road toward becoming a superhero. The new students all have amazing powers, and although Midoriya has inherited All Might's abilities, he can barely control them. What's more, the first-year students are told they will have to compete just to avoid being expelled!