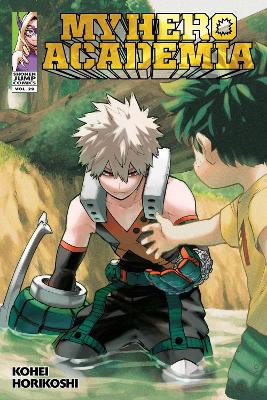 Tomura Shigaraki has finally awakened, and as he begins to unleash his savage powers, the heroes realize it's going to take everyone and everything they have to stop him. Several heroes have been lost already, and even as the number one hero, Endeavor, takes on Tomura, Midoriya and Bakugo must put themselves on the line. Meanwhile, the massive villain Gigantomachia rampages toward Jaku City, and it seems nothing can stop him-but the students of U.A. are determined to succeed or die trying...

A Preview for this title is currently not available.
More Books By Kohei Horikoshi
View All