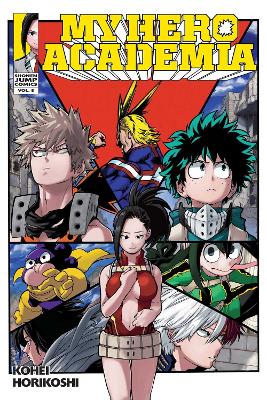 The U.A. students have reached the practical portion of their final exam, but they didn't expect to have to beat their own teachers in order to pass! Paired with his archrival Bakugo, Midoriya has to try to take on none other than All Might himself. Working with Bakugo is one thing, but is giving everything he's got to beat All Might more than Midoriya can handle? And in a nearby arena, Yaoyorozu and Todoroki endure a similar struggle. Meanwhile, a sinister new adversary prepares to make a move...