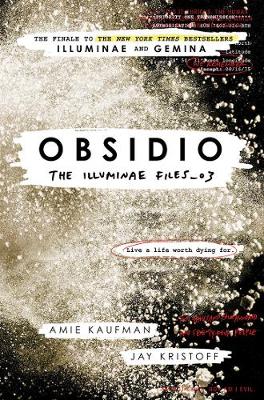 Asha Grant came to Kerenza to escape her past. Too bad he just caught up with her.

Asha survived BeiTech's initial assault and has been working undercover with the hopelessly outmatched resistance ever since. That, and figuring out what to do with the secret she's stashed in the crawlspace. The last thing she expected to worry about was her ex-boyfriend, but Rhys Lindstrom just landed planetside, and he's looking finer than ever in his new BeiTech uniform. Is he her way out - or a guarantee she never gets off this frozen rock alive?

But Asha's not the only one with problems. Her cousin Kady's ragtag band of survivors are headed for Kerenza - without enough oxygen to last the journey. Oh, and there might be an insurrection brewing. But when have little things like that ever stopped the Illuminae Group?

Too bad time isn't on their side. With BeiTech hurrying to repair their damaged jump gate, and a mass extermination planned for the Kerenza civilians, only a miracle could save them now. And everyone knows that miracles are just statistical probabilities ... right?

From bestselling author duo Amie Kaufman and Jay Kristoff - and once again featuring select journal entries from Marie Lu-comes the heart-stopping, heartbreaking finale in the trilogy that broke the mould and has been called 'stylistically mesmerizing' and 'out-of-this-world-awesome.'

Other Editions - Obsidio by Amie Kaufman 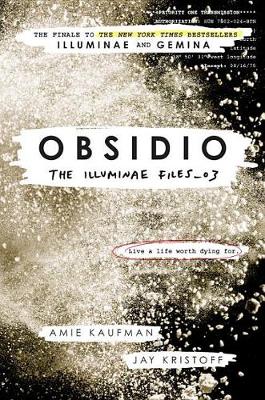 View all editions of Obsidio by Amie Kaufman
A Preview for this title is currently not available.
Customers Also Bought