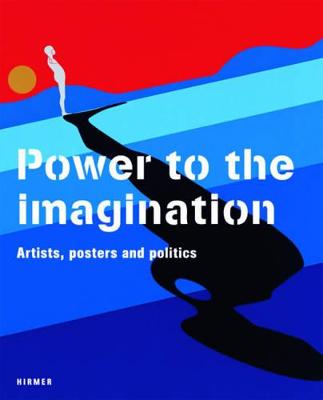 From the late nineteenth century to the Vietnam Era to Robert Indiana's Hope sculpture for Barack Obama's 2008 presidential campaign, avant-garde artists have long drawn on the dual inspirations of utopian ideals and history in the making to create striking posters that reflect the demand for equality, tolerance, freedom, and human rights.

With more than one hundred vivid, full-color illustrations by great artists of the past century, Power to the Imagination recounts this story. Included is Picasso's unassuming image of a dove--later commandeered by the Communist "peace" movement--as well as brilliant graphic works by the many artists who came out in support of striking students and workers in Paris in 1968. Among many other artworks, readers are treated to the immense environmental sculptures of Joseph Beuys; Andy Warhol's contentious portraits of political figures, including Mao Tse Tung; and the works by American artists Keith Haring and Jenny Holzer on behalf of AIDS awareness. The illustrations are complemented by essays reflecting on the artworks and the cultural and political issues they addressed.

Reaffirming the poster as an effective medium for change, this striking volume is a reminder of art's power to serve an important social, cultural, and political function--and to bring about change.

A Preview for this title is currently not available.
More Books By Jurgen Doring
View All