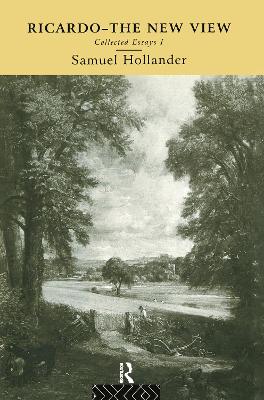 This volume contains 21 of Hollander's papers on the economics of David Ricardo. They explicate and defend against criticism emanating from conventional marginalists on the one hand and Neo-Ricardians on the other. His central position is that Ricardo stands in a continuous analytical line leading from Adam Smith to Alfred Marshall and beyond. This line perceives of pricing in terms of a theory of the co-ordination of decentralised economic activities which entails the interaction of product and factor markets; market processes are seen as dictating the secular paths of the wage and profit rate subject to the scarcity of land. The volume includes essays on: Sraffa's famous 'rational reconstruction' of the early Ricardo in terms of the Corn Profit model responses to the reviewers of The Economics of David Ricardo detailed analyses of Ricardian micro and macro theory discussion of Ricardo's reception by his contemporaries providing further evidence of the so-called 'continuity thesis.' The collection provides the material necessary to properly evaluate this most controversial of contributions to the history of economic thought.

Other Editions - Ricardo - The New View by Samuel Hollander A Preview for this title is currently not available.
More Books By Samuel Hollander
View All