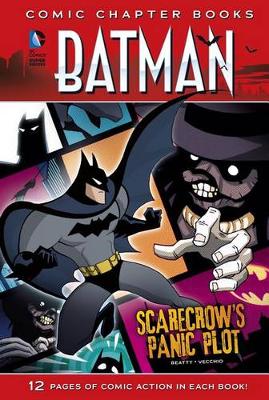 The Scarecrow is on the loose in this exciting comics and chapter book hybrid! Now the Scarecrow has fitted the Dark Knight with a helmet that slowly gives him fear gas as part of a twisted experiment. Batman has no choice but to play along the mask is tamper-proof and if he tries to remove it, he'll get a toxic dose of the nightmare-inducing fumes! Will Batman outsmart the crazed villain, or will he be driven bat-bonkers? 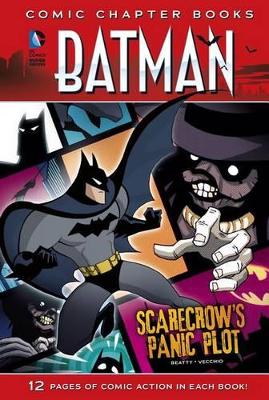