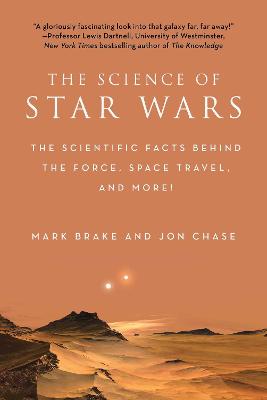 The Science of Star Wars

The Scientific Facts Behind the Force, Space Travel, and More!

Description - The Science of Star Wars by Mark Brake

Discover the science behind the most popular sci-fi franchise of all time
Capturing the imagination and hearts of crowds worldwide, Star Wars is a fantastic feat of science fiction and fantasy. We marvel at the variety of creatures and technology and the mystery behind the force. But how much of the Star Wars world is rooted in reality? Could we see some of the extraordinary inventions materialize in our world?
The Science of Star Wars addresses fifty topics that span the movies' universe such as battle technology, alien life, space travel, etc. You'll find fascinating explorations of physics, plausibility, and more. The book addresses many unanswered, burning questions including:
How long before we get a Star Wars speeder off the ground?
What exactly is the Force?
How could Kylo Ren stop a blaster shot in mid-air?
How could we live on a gas giant like Bespin?
Nature versus nurture: How does it play out in the making of Jedi?
How much would it cost to build the Death Star?
And much more!
Written for every fan of the films, you don't need to be a Jedi or a scientist to appreciate all of Mark Brake and Jon Chase's fun and informative analysis of this classic series. Prepare your mind to make the jump to light speed and find out about the facts behind one of our favorite modern epics.

Other Editions - The Science of Star Wars by Mark Brake 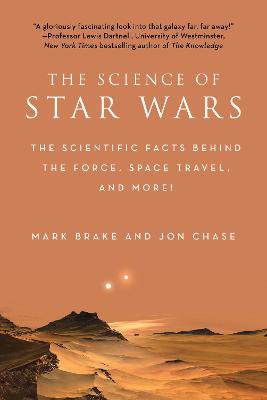 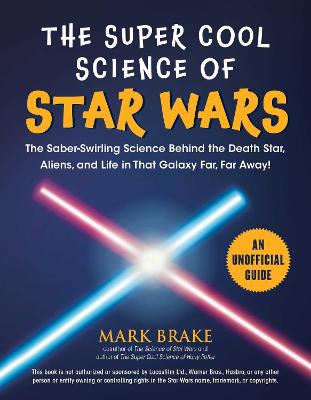 A Preview for this title is currently not available.
More Books By Mark Brake
View All

The Science of The Big Bang Theory: What America's Favorite Sitcom Can Teach You about Physics, Flags, and the Idiosyncrasies of Scientists
Mark Brake
Paperback , Aug '19
20% OFF!
RRP: $27.99 $22.39

The Super Cool Science of Star Wars: The Saber-Swirling Science Behind the Death Star, Aliens, and Life in That Galaxy Far, Far Away!
Mark Brake
Paperback , Feb '21
RRP: $28.19 $24.81

The Super Cool Science of Harry Potter: The Spell-Binding Science Behind the Magic, Creatures, Witches, and Wizards of the Potter Universe!
Mark Brake
Paperback , Feb '21
RRP: $28.19 $24.81

The Science of Doctor Who: The Scientific Facts Behind the Time Warps and Space Travels of the Doctor
Mark Brake
Paperback , Apr '21
RRP: $32.53 $28.63