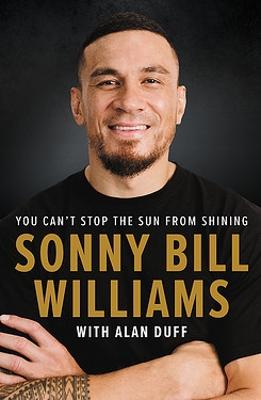 Sonny Bill Williams: You can't stop the sun from shining

Sonny Bill Williams (SBW) is a once in a hundred-year athlete with immense sporting talent in Rugby League, Rugby Union and Boxing. Sonny Bill has built an incredible career and sporting reputation across the globe. His athleticism has taken him from inner-city Auckland, where he grew up, to the highest sporting moments in Twickenham, Eden Park and Sydney's Olympic Stadium. But there is so much more to Sonny Bill Williams' life and journey than his on-field and in-the-ring triumphs. Sonny Bill's love of family, his faith, his skill and performance throughout his unparalleled sporting career, his ability to unite a team under pressure, his grace in owning his mistakes, the challenges of leaving home as a young man and dealing with a negative culture and the temptations that followed, and his courage in speaking out for the vulnerable and calling out injustice are all aspects of an inspiring life story. Sonny Bill Williams was the first Muslim to play for the All Blacks. Driven by a fierce moral compass, Sonny Bill Williams thoughtfully and authentically uses his standing and platform as both a UNICEF Ambassador and an elite sportsperson to speak out on political issues that confront the world today and to benefit those struggling in life. He is a dedicated family man, devoted to his faith, committed to his teammates, respectful of his fans and aware that the path he has taken can inspire and empower others. Working with Alan Duff, award-winning author of Once Were Warriors, this will be the must-read autobiography of the year.