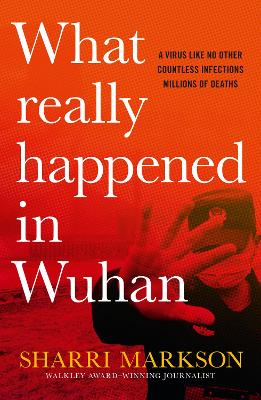 What Really Happened In Wuhan: A Virus Like No Other, Countless Infections, Millions of Deaths

Description - What Really Happened In Wuhan: A Virus Like No Other, Countless Infections, Millions of Deaths by Sharri Markson

Walkley Award-winning journalist, Sharri Markson is the Investigations Editor at The Australian and host of prime-time show Sharri on Sky News Australia.

The origins of Covid-19 are shrouded in mystery. Scientists and government officials insisted, for a year and a half, that the virus had a natural origin, ridiculing anyone who dared contradict this view. Tech giants swept the internet, censoring and silencing debate in the most extreme fashion. Yet it is undeniable that a secretive facility in Wuhan was immersed in genetically manipulating bat-coronaviruses in perilous experiments. And as soon as the news of an outbreak in Wuhan leaked, the Chinese military took control and gagged all laboratory insiders.

Part-thriller, part-expose, What Really Happened in Wuhan is a ground-breaking investigation from leading journalist Sharri Markson into the origins of Covid-19, the cover-ups, the conspiracies and the classified research. It features never-before-seen primary documents exposing China's concealment of the virus, fresh interviews with whistleblower doctors in Wuhan and crucial eyewitness accounts that dismantle what we thought we knew about when the outbreak hit.

Bravely reported and chillingly laid out, Markson brings to light the stories of the pandemic from the people on the ground: the scientists and national security officials who raised uncomfortable truths and were labelled conspiracy theorists, until government agencies began to suspect they might have been right all along. These brave individuals persisted through bruising battles and played a crucial role in investigating the origins of Covid-19 to finally, in this book, bring us closer to the truth of what really happened in Wuhan.

Buy What Really Happened In Wuhan: A Virus Like No Other, Countless Infections, Millions of Deaths by Sharri Markson from Australia's Online Independent Bookstore, BooksDirect.

Other Editions - What Really Happened In Wuhan: A Virus Like No Other, Countless Infections, Millions of Deaths by Sharri Markson 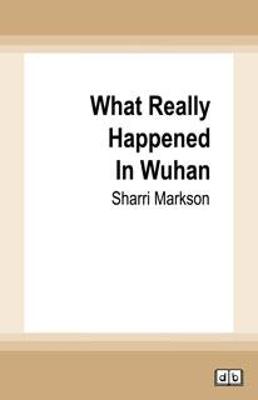 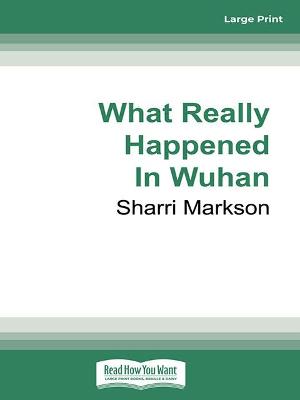 What Really Happened in Wuhan: a Virus Like No Other, Countless Infections, Millions of Deaths
Sharri Markson
Hardback , Sep '21
RRP: $62.91 $56.62