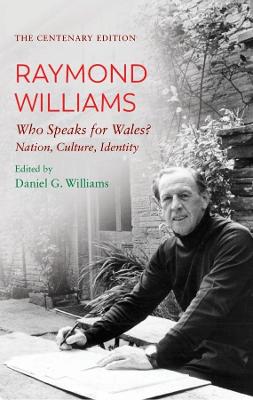 In the words of Cornel West, Raymond Williams was "the last of the great European male revolutionary socialist intellectuals." A figure of international importance in the fields of cultural criticism and social theory, Williams was also preoccupied throughout his life with the meaning and significance of his Welsh identity. Who Speaks for Wales? was the first collection of Raymond Williams's writings on Welsh culture, literature, history, and politics. Published in 2003, it appeared in the early years of Welsh political devolution and offered a historical and theoretical basis for thinking across the divisions of nationalism and socialism in Welsh thought. This new edition, appearing in the centenary of Williams' birth, appears at a very different moment in which, after the Brexit referendum of 2016, Raymond Williams's "Welsh-European" vision seems to have been soundly rejected and is now a reminder of what might have been. This new edition includes new material and a new afterword. Williams's engagement with questions of nationhood and identity contained in this book spoke to readers from Berlin to New York, Sao Paulo to Tokyo. Daniel G. Williams's new edition further underlines the ways in which Raymond Williams' engagement with Welsh issues makes a significant contribution to contemporary international debates on nationalism, class, and ethnicity. Who Speaks for Wales? remains essential reading for everyone interested in questions of nationhood and identity in Britain and beyond.

A Preview for this title is currently not available.
More Books By Raymond Williams
View All