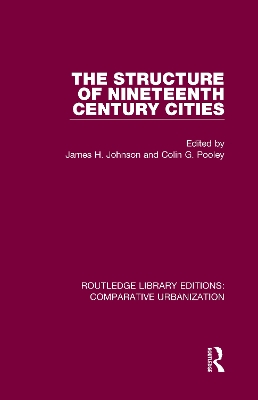 The Structure of Nineteenth Century Cities

When this book was first published in 1982, despite considerable research on 19th Century towns in Britain and America, there had been little attempt to search for links between these empirical studies and to relate them more to more general theories of 19th Century urban development. The book provides an integrated series of chapters which discuss trends and research problems in the study of 19th Century cities. It will be of value to researchers in urban geography, social history and historical geography.

A Preview for this title is currently not available.
More Books By James H Johnson
View All