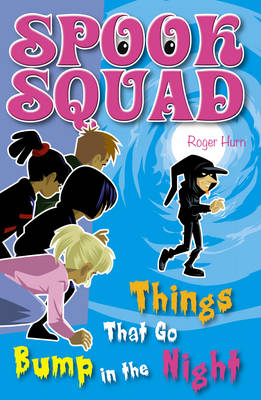 Things that Go Bump in the Night

Description - Things that Go Bump in the Night by Hurn Roger

The Spook Squad are watching a scary movie about the Lost Neck Monster when something goes bump in the night outside The Old Tower. This is the start of an egg-citing adventure involving a stolen dragon's egg Lotsa Loot the world's richest but most evil man - and a freaky creepy very sneaky goblin. Roxy has a weird auntie. Her Auntie Rhee lives on Hangman's Hill in a spooky house called the Old Tower. The Old Tower looks like Dracula gave it a make-over. But Rhee isn't a vampire - she is a banshee. She's trying to protect humans from ghouls ghosts and long-legged beasties. But she can't do it on her own. That's why she needs the Spook Squad. The Spook Squad are Roxy Leena Nita and Emma and their poltergeist Rattle. These four girls are as bright and sparky as a fire in a fireworks factory. So on dark and stormy nights when the vampires are being a pain in the neck and hairy horrors are on the prowl the Spook Squad goes into action.